Marcus and Douglas lure the Lab Rats into a trap. Adam, Bree, and Chase learn shocking revelations about their secret origins and creator. Leo also partners with Eddy for a surprise attack on Douglas' lair resulting in an epic bionic showdown.

After Donald seems to only point out what they do wrong, the Lab Rats begin to get annoyed by him. Meanwhile, Marcus hacks into Eddy's network, and he and his dad, (Donald's brother Douglas), capture Donald. Marcus and his dad show Donald trapped and try to lure them to their lair. Leo reveals that Marcus is also bionic with all their powers combined, and that he wanted to tell, but Marcus threatened to go to the authorities about Adam, Bree, and Chase. They go to Marcus' secret house in their new mission suits. Adam is easily defeated by Marcus and Bree goes to his aid, but Chase uses a new ability, levitation, to "beat" Marcus. Douglas transports them into Donald's cage, and reveals that he is their father. Douglas used to work with Donald, but got kicked out of the company for evil ideas. Douglas then built Marcus, an android who is dying fast. Leo arrives to rescue the gang with Eddy. Marcus comes outside and electrocutes Leo, but Leo survives by wearing a protection vest. Meanwhile, the Lab Rats ask Donald what happened and they manage to deflect the laser beam cage. However, Douglas reveals that he put a Triton app on their chips and will control them as soon as he decodes Donald's block. Donald and Douglas fight for the Triton app remote, and Donald ends up crushing it. Adam, Bree, and Chase take on Marcus, but equally matched. Leo arrives in the exoskeleton, but Marcus easily defeats him, and just as Marcus is about to finally kill Leo, Adam gets angry and reveals a bionic ability (blast wave), that knocks out Donald, Douglas, Marcus, and Leo. Douglas escapes, and Donald tries to get them all out. Marcus gets back up, angry, but the lair collapses on him, killing him. Leo, Adam, Bree, Chase, and Donald escape back home, and Marcus' robotic hand rises from the rubble, but effectively shuts down, thus confirming his death. The Lab Rats say that Donald is their real father, and Donald says that he's proud of each of them. 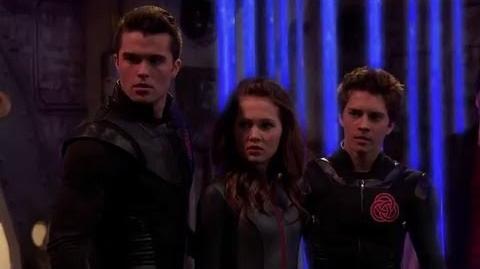 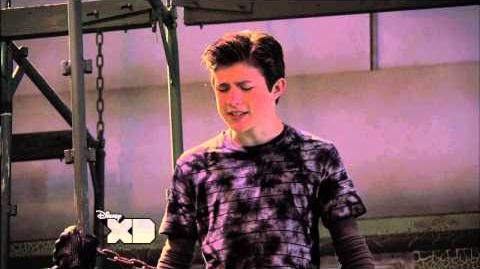 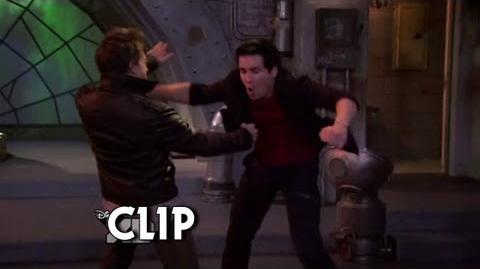