The Capsules are one of the Davenport Industries' inventions. The capsules have regenerative properties and are made for bionic superhumans in order for them to sleep, eat, and other daily needs. However, the real purpose of the capsules is to calibrate bionics with the person's nervous system and balance the energies in the body.

A capsule looks like a very large tube with a transparent wall and door. In the the lab, located in the Davenport household, they have three capsules. Adam's is at the left, Chase's is at the middle, and Bree's is at the right. In Douglas' hideout, they have a capsule which is used by Marcus. The Davenport Bionic Academy is where many bionic soldiers resides, including Adam, Bree, Chase, Leo, and Donald. In the academy, there is a room called the Capsule Dormitory. In the dormitory, many capsules are located and it is where the soldiers sleep, eat, or any other needs.

Capsules are made of a highly flexible industrial grade polymer designed to withstand a missile hit. The capsule are also used to put bionic microchips into a human or a cyborg's neck and molecularly fuse it with the subjects nervous system. With this process, one can become a bionic superhuman/soldier instantly. The ceiling of these capsules have vents that can dispatch power pellets, pellets that are a multipurpose food source for some bionic humans who either choose to, or are made to eat them while in their capsules. The capsules ability to regulate and calibrate bionics in the body is meant to combat the bionic hardware's incompatibility with the body and its nervous system. Without capsules, the subject's bionics would go haywire and glitch uncontrollably and the subject would become weak, tired, dizzy, twitchy, or slightly spastic if abilities are used and fall unconsciously use them repeatedly.

These glitches could be so severe the subject would be in a trance similar to sleepwalking, in which they would use their powers repeatedly, usually to destructive effects. Attempting to wake the subject suddenly would cause a shock that would cause more glitching. Bionic subjects must be in their capsules daily or their glitches, as well as symptoms of fainting, bodily spasms that can become sonic vibrations, and sleepwalking, in which the subject goes on mindless destructive rampages and is unable to control their abilities.

Types of Capsules and Usages

Capsules: Since Bionic people have a Bionic infrastructure, they uses this to recalibrating their nervous systems to their bionics and balances the energies in their body. Chase's capsule has an override switch, you also have to use Chase's capsule to reset all the glitches the LEMP causes. The capsule also works on non-bionic humans as shown in Left Behind. (When Donald went into Chase's capsule to try out his mission suit) It seems the capsules are calibrated to the bionic subject's biometrics, which was why the capsule couldn't change Donald back (he said he was too muscular for the suit). The capsules are soundproof when in use. However, it's revealed in Lab Rats: Elite Force that even Bree could hear Skylar's loud snoring even through her soundproof capsule.

Portable Capsules: Since Leo is partially bionic he doesn't need a capsule because only his right arm is bionic. Instead, Douglas or Donald has to re-calibrate Leo periodically. However, Leo's arm was not properly adjusted to his nervous system, which Douglas did not account for. Douglas or Donald most likely gave Leo a capsule for his bionic leg.

The capsules appear in every episode so far besides Sink or Swim, The Jet-Wing, First Day of Bionic Academy, Adam Steps Up, Unauthorized Mission, and some episodes in Season 4. 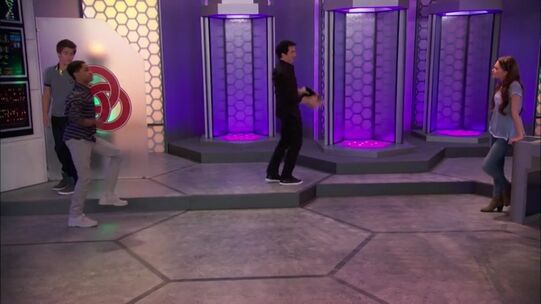 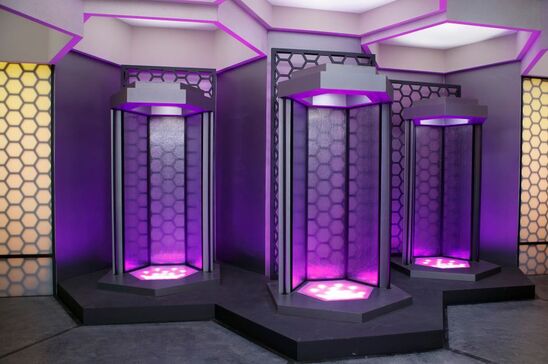