Tyler James Williams
Future Leo (2019 Leo) is the future version of Leo Dooley, and he is 7 years older than the original Leo. He was sent to the present by a time machine invented by Future Donald. He was sent to warn Leo and Donald Davenport to not send Adam, Bree and Chase on the mission to stop the particle collider, because the room crushes them once they complete their mission. Future Leo shows this to Donald and Leo from his holo-phone, he also shows them Future Donald's warning to Leo and Donald. This future version of Leo is from a timeline where he is not bionic, as his siblings' secrets were never revealed due to their deaths, which means he never experienced the incident that cost him his arm and leg. He is currently 21 years old. His first and only appearance was in Back From the Future.

He is portrayed by Tyler James Williams.

Since Future Leo is just Leo in seven years (he is portrayed by Tyrel Jackson Williams' older brother) he looks very similar to him. In the episode Back From the Future, he wears a T-shirt over his rolled up sleeved shirt saying "I AM AWESOME." He wears brown pants (even though Leo from Season 3 and up no longer wears that style), and has a watch on his left arm.

At school, Future Leo knows most things that's going to happen, this is shown when he moves Leo out of the way from getting a drink spilled on him. He also knew that Janelle was going to ask him to go to the movies at 8:27. Leo is happy and shocked that Janelle asked him out. Future Leo shows Leo a picture of him and Janelle in 7 years, Leo asks why he's wearing a pink tie in the picture, Future Leo said it was a gift from Janelle and they love it. When Leo and Future Leo come home, Leo says he got an A on his History test, Donald asks if he cheated from getting the answers from Future Leo, Leo and Future Leo try to change the subject.

After they all reminisce, Future Leo gets back in the time-machine, and heads back to the future. Leo tells Donald that he misses him already. 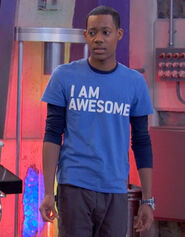 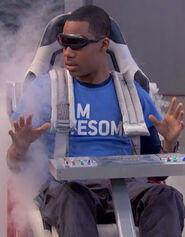 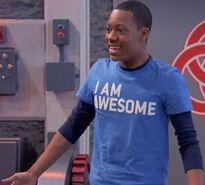 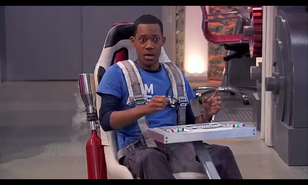 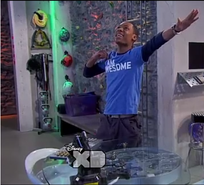 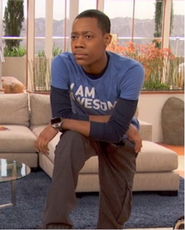 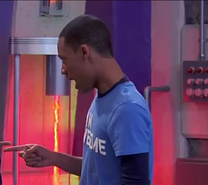 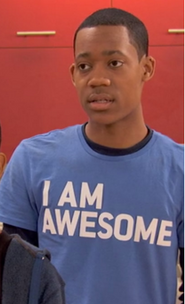