“Lab Rats: On The Edge” is the 19th-20th episode in Season 4 of Lab Rats: Bionic Island. It first aired on November 11, 2015. This is the 91st-92nd episode overall. It features the only appearance of Logan and the last appearances of Taylor and Mr. President.

When the president awards Adam, Bree and Chase for their heroics, Leo feels left out and forms his own team. When Leo discovers he and one of his teammates have joint bionic abilities, he pushes her to the limit which causes her to lose her eyesight. Racked with guilt, he moves back to Mission Creek but is forced to regain his courage when his family is put in extreme danger.

The episode begins with Leo meeting up with Adam, Bree and Chase. With him is S-1, who has adapted to becoming a student at the academy. The two reveal that S-1's new name is Taylor. Mr. Davenport then tells Adam, Bree, Chase, Leo, and Taylor about the prestigious award for over a thousand missions completed. But when Leo feels left out about not being recognized, he forms his own bionic team.

Meanwhile, Donald is making modifications to his brand new self-driving limousine. He plans to present it at the award ceremony to revolutionize the way the president travels. Douglas then walks up and brags that he could easily break into the limo. Donald then strives to make the limo completely "Douglas proof" even bionic proof, after he sees that Douglas is easily able to enter the limo.

During training, Logan, an Expert-level student, shows the mentors something "super amazing" in the training area. Leo and Taylor had created a new ability with their bionic hands: generating an EMP. While everyone is impressed, Chase dismisses it because of how dangerous it is, and tells Leo not to do it again. Feeling bummed at being put down by his siblings, Leo feels he need to prove himself a hero for once. Taylor and Logan are happy to help.

Soon, Leo and Taylor show the entire school (and Adam, Bree and Chase) their new EMP ability again. It starts off well at first, but Leo allows it to become too powerful for Taylor to handle despite the Lab Rats telling him to stop. Eventually the EMP surges with power and knocks Taylor unconscious. Mr. Davenport proceeds to call in the best doctors from around the world to heal Taylor, who eventually made it. Unfortunately, because of the EMP's immense power, Taylor was permanently blinded. Shaken by what happen to Taylor and doesn't want to hurt anyone else, Leo decides to quit the academy and leave the island. Even though Adam, Bree, Chase and Mr. Davenport try to stop him, his decision is final, and he hangs up his mission suit for good.

Two weeks later, Adam, Bree and Chase contact Leo and try to convince him to come back to the Academy. But Leo refuses saying although he appreciates the call, things are great back at Mission Creek saying that school is better without Perry and gets to spend more time with his mom. After hanging up with Leo, Adam, Bree and Chase feel guilty for not giving him any credit in his effort in their mission, even before he joined the team. Douglas is revealed to have created a special kind of high tech glasses for Taylor to help her with her blindness.

Later on, Chase, Adam, Bree, Donald, and Douglas are on their way to the award ceremony in the now "Douglas proof" limousine. While traveling, Adam, Bree and Chase are impressed at how smooth and high tech the self-driving limo was. They soon were approaching the Hurst Memorial Bridge, much to Chase's delight as he proceeded to give a fun fact on it. Halfway across however, a transport ship smashed into one of the bridge supports.

The bridge cables begin to snap all over the bridge. Terrified civilians careen across road narrowly colliding with the limo. The Davenports panic and Donald orders the computer for the self-driving limo to close the driver's partition; obscuring the view of the front windshield. The middle section of the bridge collapses into the sea, luckily without civilians. The computer in the limousine tries its best to avoid the collapsing bridge and debris and swerves hardly to the right. The limo crashed through the side barrier and remaining bridge cables, teetering dangerously off the edge. The civilans crash and screech to a halt in huge pile-ups on both sides of the bridge.

Back at the Academy, Logan, Taylor and the rest of the team are watching the news report on the collapsed bridge and spot the Davenport limousine. They contact Leo, and he races to help in the rescue. Meanwhile, the Davenports are trapped in the limo as the computer sensed the danger and locked up the limousine. The Bionic Heroes soon arrive and manage to get the civilians off the bridge and to safety. Since the limousine is bionic proof, Chase, Adam, and Bree can't help until they exit the limo. Through Mr. Davenport instructions, Leo and Taylor tried to use their EMP blast towards the fin on the back of the limo, which controlled the computer. At first, Leo hesitated as he doesn't want to hurt anyone else but Taylor assured him that what happen to her was an accident and encourages him to not give up. Having regained his confidences, Leo and Taylor hit the fin on the back of the limo as locks are released and Bree super speeds everyone off the limo through the sun roof except Chase.

As she is about to return for him though, the bridge begins to shatter, groans, and is ready to give way. Leo beckons to Bree that he'll rescue Chase, and she speeds everyone off the bridge. Leo then tries to rescue Chase through the sun roof, but the limousine begins to slide down the tarmac. Leo then grips the limo and tries to pull Chase out with his free hand. After multiple attempts, he manages to pull Chase out to safety. Leo then lets go of the limousine and it plunges into the water below. They then exit the collapsing bridge.

Later on, at the Presidential Award Ceremony, Leo and the rest of the team is given an award for their service. Also, Leo has been promoted to mentor through his actions in saving everyone at the bridge and his family. 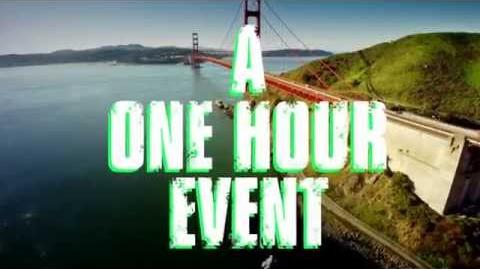 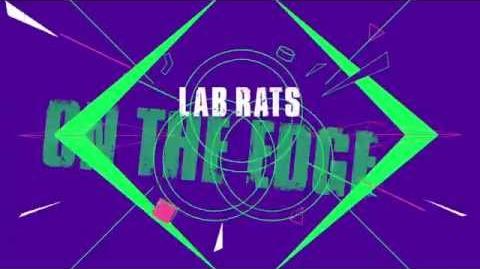