Mateus Cole Ward (born January 18, 1999) is an American actor, best known for his role as Dustin Maker in the TNT Drama series Murder in the First. He is also known for his role as Jake Sanders in the Jerry Bruckheimer television series Hostages on CBS and the role of Stevie Botwin at the age of 13 in the series finale, of the critically acclaimed comedy-drama series Weeds on Showtime.

Ward was born in Burbank, California, the son of an Italian immigrant mother and an American father. In 2004, his family moved to Lahaina, Hawaii on the island of Maui, where he lived for 5 years, kayaking, riding motorcycles and surfing, and returned to Los Angeles in 2009.

Mateus Ward first appeared on stage in the role of Winfield Load in the Maui Academy of Performing Arts production of Grapes of Wrath.

In 2009, his family moved back to Sherman Oaks, California, and in 2010 Mateus pursued acting in Film, Television, and Commercials. He appeared in several short films and commercials, such as Disney, Activision, Verizon Wireless, and Old Navy.

Mateus' television debut came in 2010, where he won the role of Lyle DeLilly on Criminal Minds. Ward caught the eye of director Larry Charles, and he was cast as the son of Ana Ortiz in the 20th Century Fox sitcom pilot Outnumbered with Cheech Marin.

In 2011, Ward was asked to guest star on the sports comedy series Sports Show with Norm Macdonald on Comedy Central, for which he was nominated for a Young Artist Award and won an OMNI Youth Music and Actor Award, Outstanding Actor, in the 12- to 18-year-old category. Ward went on to land the role of Carl in the comedy-drama Parenthood.

In April 2012, Mateus landed a recurring guest star role as Marcus Davenport on the teen sitcom Lab Rats on Disney XD. Then he was offered the role of young Franky in his first feature film Lonely Boy, where he portrays a teenager with schizophrenia. In September of that year, he was cast in the two-part series finale of the comedy-drama Weeds, which aired on Showtime. Ward won a Young Artist Award for his portrayal of Stevie Botwin.

In 2013, Ward appeared in the police procedural drama television series NCIS on CBS. In the eleventh episode, titled Shabbot Shalom, Ward played the role of Austin, a young teen who discovers a dead body. Mateus was also a series regular in the Jerry Bruckheimer television series Hostages produced by Warner Bros. Television for CBS, portraying Jake Sanders, the son of Dr. Ellen Sanders, portrayed by Toni Collette, and Brian Sanders, portrayed by Tate Donovan. Mateus Ward is currently a series regular playing Dustin Maker on the Steven Bochco and Eric Lodal television series Murder in the First with Taye Diggs and Kathleen Robertson on TNT Drama.

Mateus Ward is represented theatrically by Innovative Artists in Santa Monica, and commercially by Abrams Artists in Los Angeles, California. 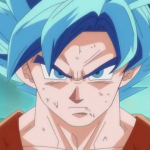 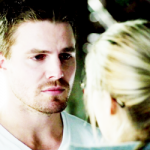 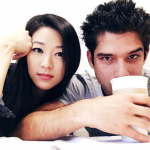 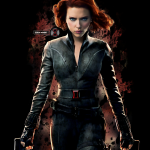