Victor Gonzalez
"No Going Back" is the 26th episode and the Season 2 finale of Lab Rats. It first aired on January 13, 2014. This is the 46th episode overall. It features the first appearance of Victor Krane.

When Principal Perry’s life is in danger, the Lab Rats are forced to expose their bionic secret in order to save her. Meanwhile, Davenport is attacked by a mysterious nemesis that leaves his empire in ruins.

It is the end of school and the Lab Rats are walking down the stairs. Principal Perry and her 'lunch lady friends' are at the door, scanning everybody with metal detectors before they leave, because someone has been stealing laptops from the computer lab, and Perry wants to catch the "perp". Adam, Bree, and Chase are worried because the metal detectors would go off when they got to their necks, (because of their chips) and they do go off once they reach Chase's neck. Because they cannot explain why they keep setting the metal detectors off, Perry doesn't let them leave. Everyone has gone home and they are the only ones left on campus, besides Perry. Perry has her airport security friend bring an x-ray machine so she can find out what they're hiding.

Meanwhile, Leo is at home sick. Tasha walks up to Donald and tells him that his credit card was maxed out when she tried to buy food. Donald, confused, realizes that he's been hacked, and Eddy blames Tasha. Since Donald's cyber desk was deactivated, all his labs and employees at his company were hacked, and his company was completely taken from his control, he tries to call his friend at the FBI to find the hacker.

Using Bionics in Front of Perry

At school, Bree and Chase distract Perry and Adam uses his bionic energy blast to destroy the machine. While destroying the machine, it also destroys the electrical box in the hall and causes a broken wire to dangle and spark. It is just about to shock Perry, when Bree uses her bionics to save her just in time, which Perry sees, also seeing Adam and Chase using their powers as they stabilize and sever the cable. Horrified, she runs away and hides. When she comes back out of her office, Adam stupidly exposes their bionic secret and she threatens to call the authorities.

When the FBI agent shows up, the Adam, Bree, and Chase think he's coming for them and run away, leaving a farewell hologram video for Davenport. After he leaves, Perry appears and tells Donald that she knows the kids are bionic. She says they will have to pay her to keep her mouth shut. Just then, the president of First International Bank comes and says that his accounts were liquidated, his house is no longer his, and that he's now broke.

When they find out the Lab Rats are gone, he gets depressed from the shock of it. In the lab, Leo suggests that maybe it was Douglas that hacked him, but Donald says that's impossible because they froze him in an ice block and locked him up. They look at the security footage but the ice block is broken and there is no one inside. They rewind the footage and find out that a mysterious masked person had broken into the facility, took down two trained guards, destroyed the ice, and picked Douglas up and carried him out of there. Douglas appears on the monitors and says he will get the Lab Rats, and Donald threatens him, saying that it will be the last thing that he'll do.

Donald then says he will find them first, when he is challenged by Douglas but he pulls out a detonator and blows up the lab. Donald and Leo escape to the elevator just in time. The elevator is dead and they are trapped. When Leo reminds Donald of how he has lost everything—Adam, Bree and Chase, the lab, his money, etc., Donald breaks into tears. 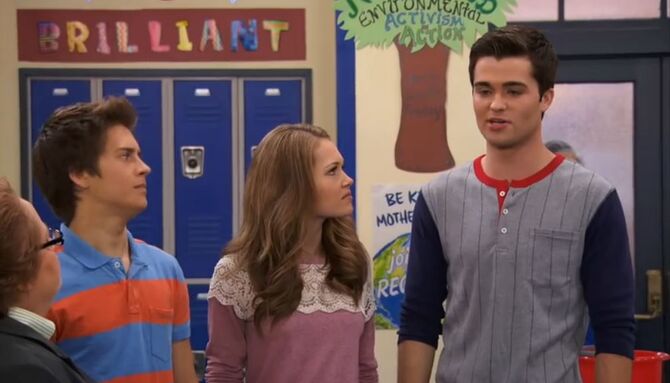 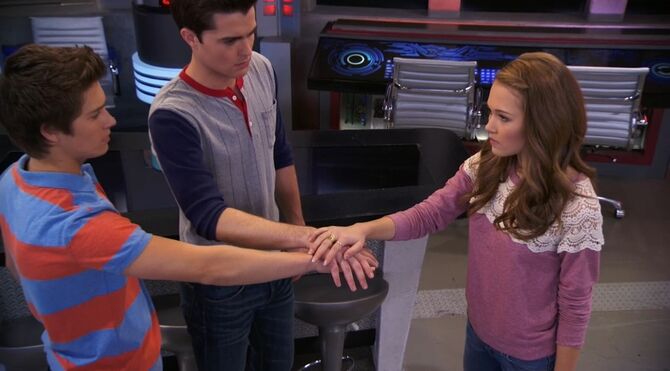 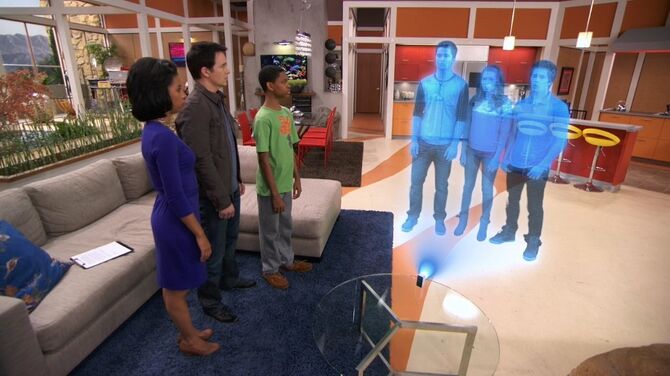 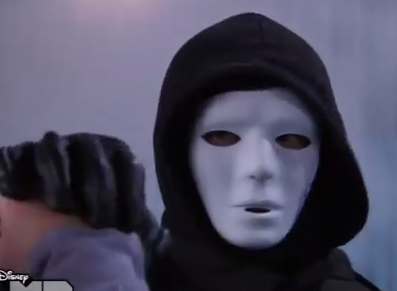 Principal Perry is wondering what the Lab Rats are up to.

Adam, Bree, and Chase decide to run away to protect their family.

The Lab Rats are saying goodbye and that they are sorry to their family.

The man in the mask is using bionics to free Douglas.