Chase and Adam record themselves doing bionic stunts but then have to scramble to find the phone they used before their secret is exposed. Meanwhile, Leo and Bree scheme to help Perry spend her fortune.

Chase and Bree get their first paychecks from Tech Town as well as an ePhone 7, which Leo uses to record Chase and Adam playing bionic bowling. The next day at school, all students at Mission Creek see the ways that Principal Perry using her 'hush money' extravagantly, for example spending it on a Jacuzzi installed on one of the benches at school. Adam teases Chase, and wants to throw Chase in there, and tells Chase to take out his phone. At that moment he realizes that he doesn't have his phone and guesses that he must have left it at the store when he was doing his shift. The two brothers then race back to Tech Town. Alongside this, now that Principal Perry has enough money and is very rich, she decides to retire, making Leo the happiest student in the whole school. But to his dismay, the replacement principal (Trent) is worst then Perry. Trent forces both Leo and Bree to wear ridiculous uniforms and Leo must perform a one-man play of "Annie". The two despise Trent and hatch a plan to get Principal Perry to stay. The plan is to get her to spend all her money, so they have a chance to bribe her into staying. As Principal Perry is spending all her money, she isn't happy and realizes that what makes her truly happy is poorly treating others, especially high schoolers. Principal Perry changes her mind and chooses to stay.

Back to Adam and Chase, they are at Tech Town, searching everywhere for Chase's phone that has the bionic bowling in it. They ask customers and search in vain but still nothing. Donald then comes to the store, where Chase is on the brink of just spilling out that they will be revealed. But in the nick of time, Adam and Chase see that Chase's phone is the displayed phone and try to get it. Caitlin gets it in the end and shatters the phone in rage, and is fired from Tech Town. 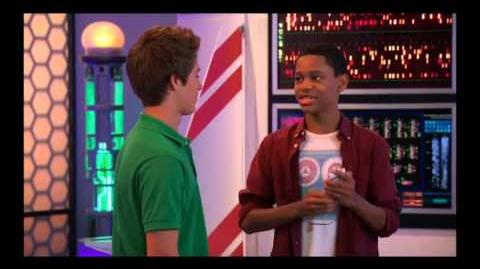 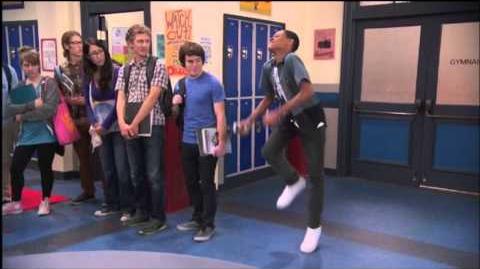