Pierce Harrington was the obnoxious, rich neighbor of Donald Davenport who, along with his son Clayton, only appears in the episode, The Bionic 500. He is portrayed by Craig Zimmerman.

Pierce is an ultra-rich man (even richer than Donald). Ever since he moved to the neighborhood, he has been driving his car on Davenport's property at night, disturbing Adam, Bree, Chase, Leo, and Donald from their sleep. When he challenged Davenport to a stock-car race in which the loser would have to give up the deed to their homes, he hired Joey Logano to race for him. Later, it was revealed that he paid Davenport's pit crew to sabotage his stock-car. Then when Joey quit the race because he doesn't work for cheaters, Pierce was left to finish the race himself. However he lost the race, meaning he and his son must now move.

Pierce is shown to be very arrogant and cocky (more than Donald). Pierce also posses a big ego saying that his house casts a shadow over Donald's existence. He seems to think that money is everything. He also seems to be creepy and crazy and disruptive and shown when he trespassed On the Davenport property and disturbed the peace by letting his tires screech loudly. Which also shows he has no respect for other people's property. 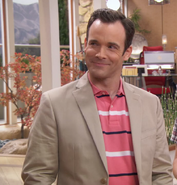 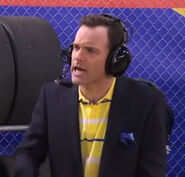 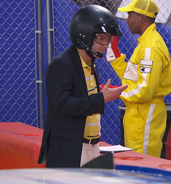 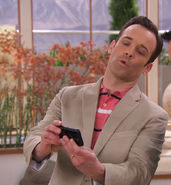 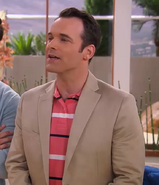