"Rise of the Secret Soldiers" is the 21st and 22nd episode in Season 3 of Lab Rats. It first aired on January 26, 2015. This is the 67th-68th episode overall. It features the first appearance of Sebastian and the Bionic Soldiers

As Adam, Bree, and Chase become celebrities, fame begins to tear them apart. The friction among the group becomes evident when a reality show follows them on a mission and things don't go well. However, they must put aside their differences to stop Krane from his evil plan of taking over the planet.

Leo arrives at the household to give Adam, Bree, and Chase some interesting news. He brought home magazines that have incorrect info on the bionic team. Bree and Chase are upset, but it seems that Adam likes it, because it has things about him. They try to fix it by planning to gain good publicity by having a camera crew film them during a mission, which was to stop a power surge. However, it turns to disaster when they fight for screen time. Meanwhile, Perry gives Bionic House tours to gain money because the Davenports won't let her steal stuff. Adam, Bree and Chase failing the mission sends the world into total darkness, leading America and the rest of the world to turn against them. The president orders the team to stay away from the public in order to let him settle things down. Leo and Perry are holding back angry protesters, who want Adam, Bree, and Chase gone, but things take a turn for the worst when Leo accidentally uses his bionic arm. As the protesters become even more enraged, they try to storm the house, and Adam panics when he sees Leo endanger and uses his bionic super breath to blow everyone off the premises. This causes the world to become fearful of bionic humans all over again. Donald scolds Leo for using bionic arm but drops it when Chase tells him to never mind him as he understands that he didn't use it on purpose. Chase scolds Adam for attcking the protesters as he defends himself by telling him that he wasn't trying to hurt them and was only defending Leo. Bree tells Adam that his attempts to protect Leo sent the protestors to the hospital. Chase then tells Adam that he's an idoit and he bounces back by telling his brother that they won't be any proestors if he did his job right, which causes a fight bewteen the three siblings. However, the fights gets worse when Chase and Bree remind each other of thier past actions, but Donald got them to stop and tells them that something has to change, which they agreed. Thinking that the world doesn't need them anymore and had enough of each other, they decided to break up the team, although Donald tried to talk them out of it but to no avial.

Three weeks later, Adam, Bree and Chase are shown to not be talking to each other, and acting normal with their bionics. Through quitting the team, Donald doesn't care what Adam, Bree and Chase do as two of them decided to take a vacation. While Bree and Chase go shopping, Leo gets Adam out of the house as well when he tells him that Chase wanted to tell him something then punches him as he heads out in order to get his payback against his brother. While the siblings are out, Douglas tells Donald that the President has contacted him as he informs him about communications equipment being stolen from the local military base. At first, Donald asked the President that he needs his technology to help him but he tells him no as he needs Adam Bree and Chase. However, Donald reminds him that they quit the team but the President informs him that the safety of the world is more important than a sibling argument and to get the team back on the job. Donald brings Adam, Bree and Chase together as he informs them that the President called about an emergency and he needs them but they refused because they don't want to work together and think that the world is better off without them. However, upon realizing that Krane is behind the theft through his Triton App, they agreed to the mission but their done when it's over. After finding Krane's soldier, they realized his plans as he wants to use his Triton app on everyone in the world. A large battle ensues pitting the Lab Rats, Donald, Douglas, and Leo versus Krane and his bionic army. Soon, however, although the Lab Rats manage to hold back many of the soldiers, they are running out of time to stop Krane and his Triton App. Douglas then reveals that Adam, Bree, and Chase can fuse their abilities to stop Krane, and they succeed. The soldiers are no longer controlled by Krane, who's been blasted far away, which caused them to drop like flies. Having recoiled for their actions and remembering what's important about helping others, they decided to be a team again. But their victory is cut short when they find Donald in serious condition, and later they find even after surgery Donald is still in very delicate condition. 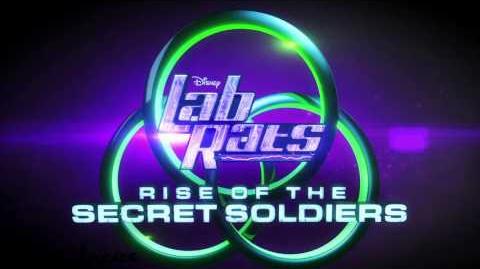 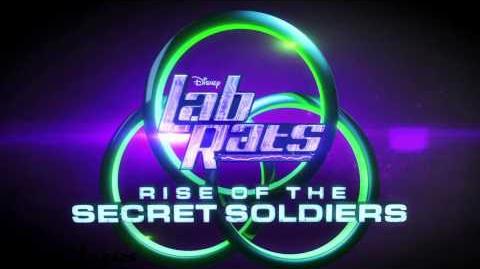 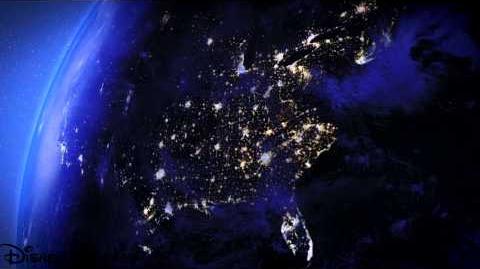 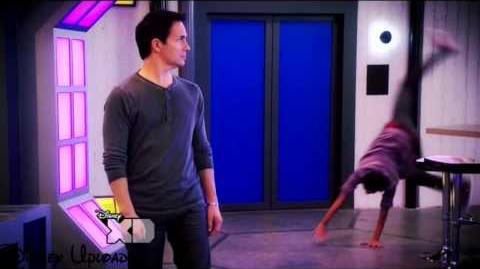 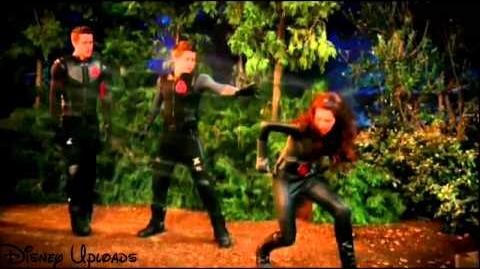