Chase and Leo decide to enter a build-your-own-bot Robot Throwdown. When Davenport wants to join their team, they agree, but kick him off when he wrecks their robot. He then enters the competition himself, going head to head against Chase and Leo.

Meanwhile, Bree accidentally exposes her bionics to Caitlin, who then leaves in a fluster. Caitlin confesses she has a crush on Adam and he becomes her boyfriend so that he can convince her she didn't see anything. When Caitlin and Adam are on their date Caitlin confesses she needs glasses so she didn't see anything. Adam, who doesn't like Caitlin, gets mad and his anger activates his bionics. Bree tackles Caitlin to the ground both to protect her and to stop her from seeing Adam's heat vision. Later, Adam finally gets Caitlin off his back by showing her who her true crush is - Chase. However, her "true crush" doesn't really want to cooperate.

Adam, Bree, and Chase are training. Donald enters the room and tells them that they are going to learn aikido, a form of Japanese martial art. He explains that in aikido, users attack by using the opponent's strength and speed against them. Then, Donald's phone rings so he answers the call. In the meantime, Chase tells Adam to attack him. He flips Adam over and takes him down, while Bree watches with satisfaction. After that, Bree also flips Chase down, though not using aikido.

Leo convinces Chase to help him build a robot for the Robot Throwdown, a robot building competition. Davenport slips himself onto the team, but then destroys the robot they made saying it smashes too easily. He is then kicked off the team, to his distress. Then, at the throw-down, Leo and Chase find their opponent: Davenport. Davenport wishes them luck, saying he wanted them to win against 5-time champion Kevin Stone, only so that Davenport could crush them in the finals in revenge for being kicked off the team for trying to make them build a better bot. As the rounds go by, Davenport uses his fearsome Predaraptor Robot and crushes and smashes robots, making children cry, only so Davenport can laugh wickedly and dance around in glory. Chase and Leo manage to beat Kevin but then have to face Davenport. When Davenport's name is announced, people throw garbage at him. Leo and Chase point, gloat, and dance at Kevin's defeat, then see to how they will beat Davenport. As their robots fight, Davenport lets out an evil laugh. Davenport crashes their bot against the wall multiple times, saying he wished their robot was better so their pain could last longer. Chase and Leo get mad and throw Davenport's robot onto the ground with their robot "Josh", and he lets out a deep, slow-mo "NOOOOOOOO!". Davenport compliments their robot, and they forgive each other, but only before Leo and Chase point, dance, and laugh at Davenport the way they did to Kevin.

Meanwhile, Caitlin tells Bree she has a crush on Adam and as he walks in the room, Caitlin sees Bree accidentally super speed. The next day at school, Bree convinces Adam to go on a date with Caitlin in exchange for silence. Bree and Adam work together. On the date, Caitlin reveals to Adam and Bree that she never saw Bree do anything weird since her glasses weren't on at the time. She confesses she ran away because she saw Adam. Adam, angry he had to go on a date with a girl he didn't like for no reason (even missing the Robot Throwdown), glitches and is about to use his heat rays on Caitlin when Bree breaks Caitlin's glasses so she doesn't see Adam burn a pillow. Adam gets Caitlin to have a crush on Chase and bug him all day, to Adam's pleasure and Chase's annoyance. Bree comments that a girl finally paid attention to him and laughs. 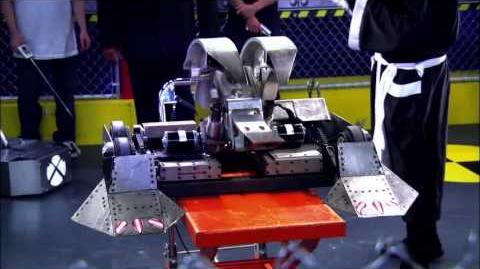 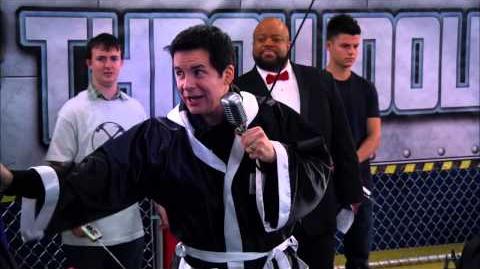