Victor Gonzalez
"Space Colony" is the 23rd-24th episode in Season 4 of Lab Rats: Bionic Island. It first aired on January 20, 2016. This is the 95-96th episode overall. It features the last appearance of Victor Krane and the only appearance of Dr. Gao.

Donald takes everyone for a visit to Davenportia, the first human space colony located on a remote planet called Lithios in another galaxy. However, all goes wrong when they encounter a familiar foe and troubles arise.

Donald returns to the island with Tasha and announces to everyone that he has built the first space colony on a distant planet in a galaxy he discovered - all of these details greatly frustrate Chase. Donald then announces that they are all taking a vacation to Davenportia, and the family heads off together on a space ship below the Academy.

When they arrive, they meet the other colonists - including Perry, who had snuck in with the colonists a month ago - and become accustomed to this strange new world. When Donald shows them the control room, which he explains as the nervous center of the island, an alarm goes off and Donald realizes that his satellite has somehow been misdirected, severing their communications with the earth. Donald sends Adam, Bree, and Chase to fix the satellite while he and Leo remain behind to restore communication as soon as possible.

During the flight, Adam blows some space bubbles and annoys Chase with his immaturity as he has been doing incessantly this whole trip. When Chase goes out in a spacesuit and jet pack to inspect the satellite, he finds it to be undamaged and is bewildered by their seemingly being no cause for the realignment. He tries to return to the ship, but his jet pack malfunctions thanks to Adam's gum and launches him out far into space and Adam and Bree, incapable of flying the ship, can do nothing to stop him. That's when they discover Perry has been aboard the ship the whole time sleeping in the engine room. She claims to be able to fly the ship, and after a spat with Bree takes the controls and follows Chase's smoke trail to a planet.

Landing on it, Adam and Bree find Chase, who explained he used his force field to keep from being burned alive upon entering the atmosphere. A stream of acid erupts from the ground, and the group is forced to flee with Chase and Bree confronting Adam about his carelessness when they get back to the ship, at which point Chase declares that until Adam grows up, they may be brothers, but they are not friends.

Meanwhile, at Davenportia, a panel in the protective dome has been damaged, causing oxygen to seep out. Donald and Leo both suit up and use molecule blasters to attempt to patch the hole, a process which almost ends in Big-D being sucked out of the dome and into space. However, they are successful and return to the ground only to find none of the colonists.

At this point, the bionic heroes return and reunite with Mr. Davenport, Chase telling him that the satellite had been programmed from the space colony. When Donald asked aloud who could have done this, a masked figure claims credit and steps out of hiding, revealing himself as Victor Krane. He explains that he pummeled back to earth and now needed his mask to help him breathe and was going to build a new bionic army of the colonists and Tasha, who was taken along with them. When Donald insisted he would never help him, Krane revealed his Triton App device, claiming he didn't have a choice. The bionic teens insisted their chips were blocked and they couldn't be controlled, but Krane insisted that Mr. Davenport could. Chase moved in to protect his father, which resulted in him being blasted by Krane's Lightning. The others moved in to help Chase, leaving Davenport exposed and allowing Krane to take over his mind. The bionic heroes tried in vain to snap him out of it, at which point Krane introduced another part of his plan, a man named Dr. Gao, a Chinese scientist.

Upon his introduction, Gao proceeded in abducting Mr. Davenport, exposing his bionics in the process. Krane explained that after he had lost their last fight, Dr. Gao had saved him and Krane repaid him by teaching him how to create bionics, to which Gao found a way to create his own kind. Gao reappeared and introduced his new form of bionics - liquid bionics - which could be injected into anyone and make them a bionic soldier. A short battle followed with the heroes in retreat and the villains on the loose, and Adam, Bree, Chase, and Perry (who had been trying unsuccessfully to persuade Krane to make her bionic) made it to the control room. Adam and Chase had another fight before Leo appeared with his own plan, a large weapon he had brought from Earth when they left. Before Krane and Dr. Gao could turn Mr. Davenport into a bionic soldier, the heroes confronted them again, blowing up Gao's serums, tearing of Krane's breathing apparatus, and damaging the dome so the whole place would collapse.

They gathered up the mind-wiped colonists and their parents and escaped with everyone on the ship, leaving Gao and Krane behind. Or so they thought. In reality, Dr. Gao had sneaked aboard their ship, and when Leo left the others to take a nap Gao controlled him with the Triton app. When Adam, Bree, and Chase had overcome their shock and subdued him, Dr. Gao revealed himself and another part of his plan: he would launch a missile at earth that would destroy human life and build an army from what was left of his serum, creating a superior race. The heroes then proceeded to attack the scientist, causing Dr. Gao to again control Leo and have them attack him. Chase realized this, and Bree used a combination of her super speed and invisibility app to trick Leo into knocking out Gao with his laser sphere.

The battle seemingly over, Perry locked Gao and Leo up with the others when the ship was suddenly hit. Krane had retrieved his breathing apparatus and had escaped in an escape pod and now fired repeatedly at the ship, destroying the weapons bay and disarming the homing becon. With one rocket left, Chase used his abilities to lock in on Krane and launched the missile, which hit Krane's pod and killed him for good, confirmed by his helmet floating off into space. After a moment, Chase, Adam, and Bree realized they had forgotten about Dr. Gao's missile, which would soon hit earth. Chase volunteered to take Mr. Davenport's evacuation suit and stop the missile, but Adam volunteered, stating he had a better chance of survival due to his super strength and wanted to prove he was mature enough to do this. The others agreed, sending him in the suit towards the rocket at top speed; while Bree begged Chase to slow him down, Chase continued to push him until their communication was lost, Adam's vitals dropped and the suit slowed down.

A few moments later he reestablished connections, having blacked out for a moment but continuing with the mission, succeeding in destroying the missile with a head-on ram and saving Earth. The group returned to the Academy, where Perry took Dr. Gao to "jail", Tasha and Bree headed to Greece as they had originally wanted to, Adam and Chase made up and Leo reveals to Donald that the colonists are suing him for endangering their lives on the colony. 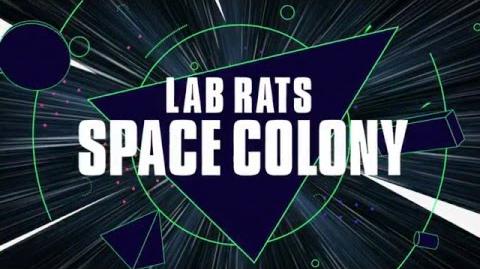 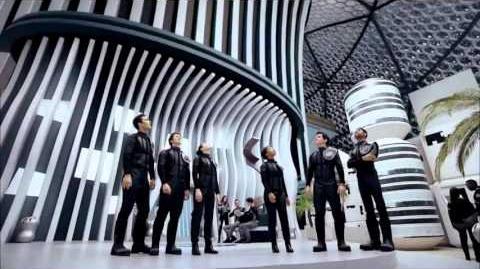