"The Vanishing" is the 25-26th episode in Season 4, as well as the series finale of Lab Rats. It first aired on February 3, 2016. This is the 97-98th episode overall. It features the last appearances of Adam Davenport (who is mentioned several times in Lab Rats: Elite Force), Leo Dooley (who is mentioned only once in the series premiere but indirectly), Daniel Davenport, Bionic Soldiers (except Bob), Giselle Vickers and Marcus Davenport in the franchise.

The academy students suddenly vanish after receiving an operating system upgrade. The team initially blames a glitch, but realize the kids are pawns in a much bigger master plan. The Lab Rats put their lives at risk when they face off against the vanished students' captors - a nefarious duo they recognize from their past.

The episode starts off at the academy. Donald and Douglas reveal that they've come come up with a new upgrade that makes the students more powerful and learn faster. Unfortunately, Adam, Bree and Chase can't have the upgrade because of their old bionic structures and start to feel obsolete because of this.

A police officer arrives at the academy with Daniel. He explains that Daniel had been causing trouble with his bionics, so Douglas decides to enroll him in the academy to help him gain more control with his bionics. Leo ends up as the one who was to train him and after several failed attempts, he gives Daniel the upgrade too, though against Douglas' will.

All the students start to disappear and the Lab Rats, Leo, Douglas and Donald suspect it is a glitch in the upgrade. Giselle then appears on the main monitor and reveals that she has taken the students captive in order to get her revenge on Adam, Bree and Chase.

The Lab Rats, Leo, Douglas and Donald arrive at Giselle's Lab and are rather surprised to find that Marcus has been resurrected. The Lab Rats and Leo are beaten easily and taken to the room with the other students, while Douglas and Donald get tied up against their will. Giselle than activates a flash which melts their bionic chips, unknowing to them, and they manage to escape the room due to Leo's bionic leg.

The Lab Rats and Giselle have a fight while Daniel and Marcus battle each other. Daniel uses his power replication to defeat Marcus and Giselle accidentally dies by using an electronic whip on herself while trying to destroy Adam, Bree and Chase. Giselle and Marcus are killed, the students are saved and then the Lab Rats, Leo, Daniel, Douglas and Donald go back to the Lab to repair the bionic chips. Marcus' components, which Douglas brought back to the lab, then regenerate, and he faces off with Leo before being reduced to molten metal by an attack from Douglas.

At the conclusion, Donald reveals that the upgrades to the bionic students have eliminated the need for the academy and that they will soon be split into new teams. Unfortunately, unknown circumstances have decided that the main team—Adam, Bree, Chase, and Leo—must also be split up, with half of them taking on a new mission while the others oversee the transition at the academy. Adam and Leo volunteer to travel to the academy and, after a heartfelt farewell, they depart. Donald then asks Bree and Chase whether they are ready for their new mission. 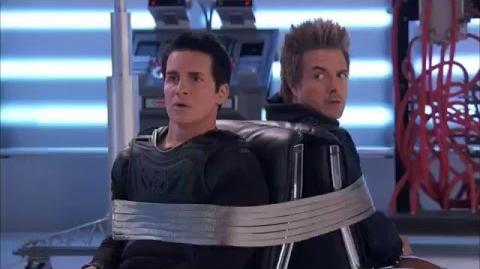 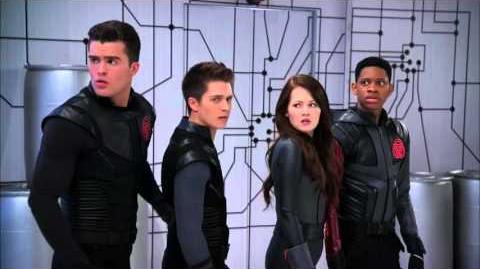 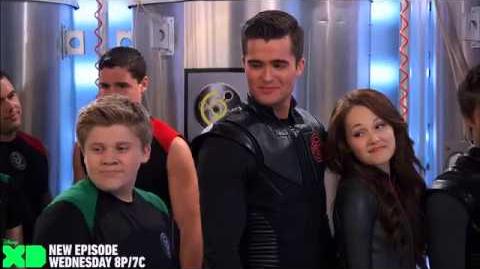