I'm KellyB8, but you can call me Kelly! I love Lab Rats and I ship Bradam and Spelli! Adam is my favorite character :)! 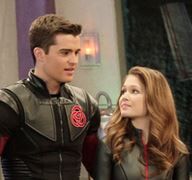 I'm Kelly. I love acting, singing, dancing, karate and horseback riding. I know I probably won't be all rich and famous, but I still believe (sorta). I love Justin Bieber and all Disney Stars. My favorite movies/shows are Frozen, Once Upon A Time, Lab Rats, Full House, The Cosby Show, Pretty Little Liars, Mighty Med, Kickin' It, I Didn't Do It, Wizards Of Waverly PLace, Hannah Montana, Jessie, Liv & Maddie, Victorious, Teen Beach Movie, Radio Rebel, How To Build a Better Boy, Zapped, 16 Wishes, The Thundermans, The Haunted Hathaways, Tuck Everlasting (2002), ANT Farm, The Suite Life On Deck, High School Musical, The Suite Life, Life With Derek, Life With Boys, Lizzie McGuire and much more.

I am in love with Adam. 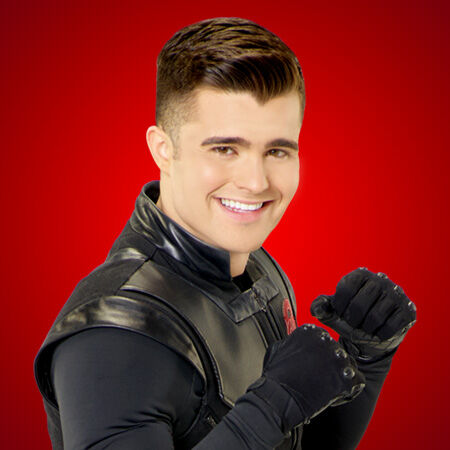 Ep. 1. Bree is captured by Krane. Adam rescues Bree and they hide out near Krane's hideout. Meanwhile, Sabrina and Chase are together and Chase is in his own world and is totally unaware of anything happening around him.

Ep. 2. Leo and Janelle don't know that Adam and Bree are safe and looks for them. he gets captured and Krane kills him.

Ep. 3. Krane then tries to capture the Davenport family, but fails. He captures Sabrina and Chase and recruits them as his two bionic main superhumans (since his army is good now).

Ep. 4. Adam and Bree decide to make a bionic army to defeat Krane.

Ep. 5. The Davenports (Douglas, Douglas GF Riley, Tasha, Donald, Terry, and Terry's BF) learn Leo has gone to save Adam and Bree (they thought he was going to the school field trip to DC). They find the last of Janelle and Leo's remains, his phone and his wallet with a picture of the family, Janelle and Principal Perry (Terry) and her BF together. They are sad that Leo is dead and decide to find Krane and kill him.

They then pretty try to find him for the rest of the season. Tyrel Williams and Madison Pettis will appear, but only in memories or dreams.

When Chase is gone, the Davenports think he tried to track down Krane because Krane forged in Chase and Sabrina's handwriting a note that said they were going to find Krane.

Season 5 finale. They finally find Krane, and then he appears with Chase, Sabrina, Janelle and Leo. They are all bionic with crazy abilities and partly under Krane's control (he is controlling them, but also they are truly evil in their personalities without Krane). Dramatic Ending...

Community content is available under CC-BY-SA unless otherwise noted.