Guy Distad
“You Posted What!?!” is the 13th-14th episode in Season 3 of Lab Rats. It first aired on July 28, 2014. This is the 59th-60th episode overall. It features the reveal of the Bionic Secret and first appearance of Taylor and Special Agent Graham.

Adam, Bree, and Chase, are caught on video using their bionics and the video goes viral, revealing their secret to the world. Government agents swarm the house and place Davenport and the Lab Rats on lock-down.

While the Lab Rats are on a mission, a mysterious girl (Taylor) films them. The next day, the Lab Rats go to school and everyone is looking at a viral video called "The World's First Bionic Humans" and Perry shows the mission they did the day before, fixing a gas pipe. They go back home to tell Mr. Davenport, but he says he already knows. Meanwhile, Chase is confused that he didn't notice the girl who filmed them behind the bush even though he thermal scanned the whole place. He then looks at a chip log and finds out that the girl was in the exact spot he scanned. Chase then goes to tell Mr. Davenport, but a swarm of government agents surrounds them. Leo and Douglas are still in the lab until Leo uses a trap door to escape along with Douglas as they go to school to stay safe. It is then revealed that the mission the Lab Rats were on was a setup. Victor Krane then shows up with the girl that filmed the Lab Rats, whose name is revealed to be S-1. It is also revealed that she is bionic. Victor Krane electrocutes Perry and Douglas while S-1 crushes Leo's arm.

Later, Douglas and Perry awaken, and help Leo to get his arm fixed. They then go to the hospital with Tasha only to realize that Leo is gone. While the lab rats are saying their goodbyes, Special Agent Graham tells them it's time to leave, but Adam refuses. Agent Graham orders his agents to take them down, but Adam uses his blast wave ability, before they run to the hospital only to realize that Victor Krane is responsible for exposing their bionics. Meanwhile, Leo is in Victor Krane's old warehouse and Douglas tells him to take his bandage off and pretend to throw a ball. He then realizes that Douglas upgraded his arm with bionics. Victor Krane then shows up and knocks down Douglas and Leo then fails to attack S-1. The Lab Rats then show up with Mr. Davenport. Bree fights S-1 while Adam and Chase fight Victor Krane, but Victor Krane easily takes them down. Leo then uses his bionics to take down Victor Krane. Agent Graham arrives and Douglas says that Victor Krane and S-1 are the bionic villains. Krane attempts to hit Agent Graham with an energy blast Bree saves him, realizing that the Rats are heroes. The Lab Rats are at a press conference and mentions that they are bionic super humans. Victor Krane and S-1 are locked in a cell and it is revealed that Victor Krane has an army of bionic soldiers. Can the Lab Rats stop him? 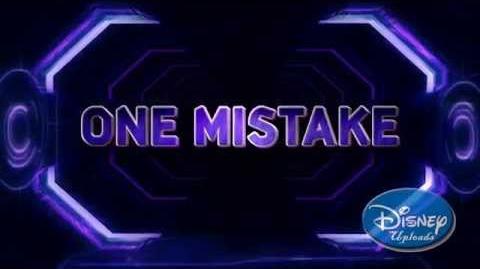 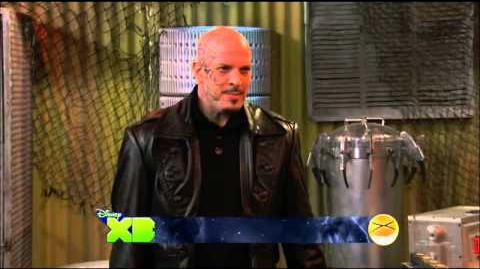 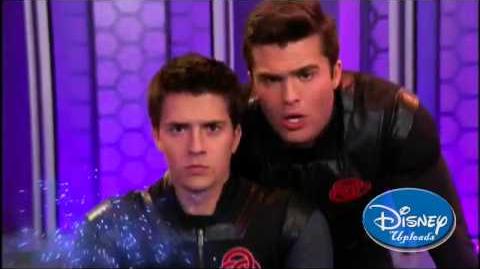 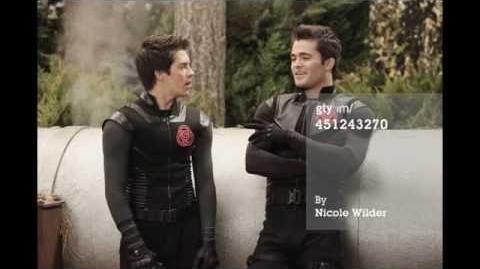